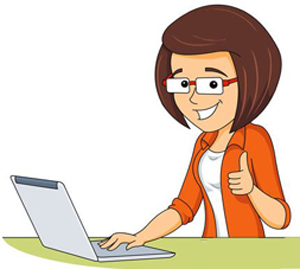 Sacramento, CA
In search of a plot for our next book.
We spent seven days in Sacramento to research our next book, GAME TOWN,  for 2019 release. So we thought we would give you a peek into researching a new book.
On March 23, 2018, it was a freezing 42° in the morning, no rain or wind.

Janet stayed at the hotel to begin writing our new book, GameTown. 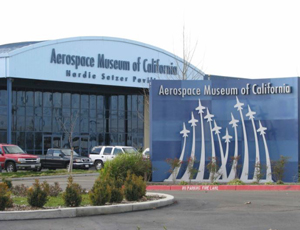 Bill decided to try the Aerospace Museum at the former McClellan Air Force Base, about twenty minutes northeast of downtown. He followed the GPS directions until he got to a place where he was told to turn, but it didn’t match the street signs. After driving around a place called Alden Business center, he got back on track and made it to the museum.

Located on a road that was formerly part of the base, it was a very interesting place with many historic and modern aircraft and engines, flight simulators indoors. Outdoors on display were more historic aircraft from world war two, Korean war, the cold war, Vietnam, and even from Desert Storm. The guides were all volunteers and met one man who was stationed in Turkey where Bill lived as a teen. 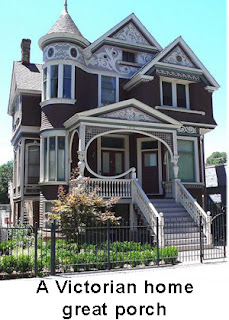 Bill's drive back to the hotel was uneventful and direct. Along the way, he saw more Victorian houses. 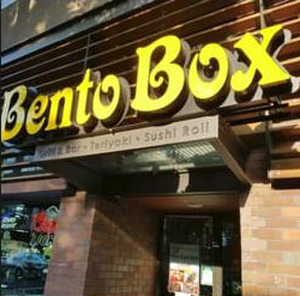 For dinner we thought we would head out for the Outback Steakhouse northeast of town (or so we thought) when we got to the same area of Arden business park the GPS sent us way out of our way and we ended up along the levee of the American River until we found ourselves at the Sacramento Airport. We couldn’t believe how far off course we were (almost 8 miles) Frustrated we drove back to the hotel and walked to an Asian restaurant called Bento Box only about a 5-minute freezing walk. 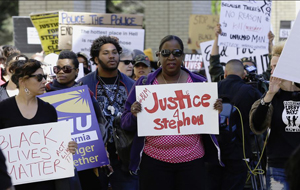 While we were inside the restaurant, a police motorcycle drove down the sidewalk followed by hundreds of protesters heading for the State Capitol. The protest was over the shooting of Stephon Clark. They passed quite peacefully. We finished our dinner followed by a cold, uneventful walk back.

Aha moment-As we drive along the levee we were surrounded by lush countryside that quickly turned to pasture on one side and rushing river on the other. The countryside area had amazing early 1900s mansions with large yachts. Hum, nothing spells murder more than the combination of money, mansions, yachts, and a rushing river! 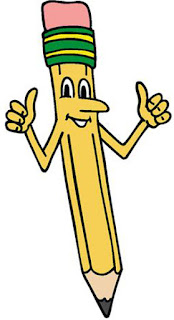 Sacramento, CA
In search of a plot for our next book.

We spent seven days in Sacramento to research our next book, GAME TOWN,  for 2019 release. So we thought we would give you a peek into researching a new book.
On March 22, 2018, it poured all night with heavy winds. The wind and rain died down so decided to go to the Wells Fargo Museum and walk down Old Sacramento. To our surprise, the sun came out as soon as we left the hotel! 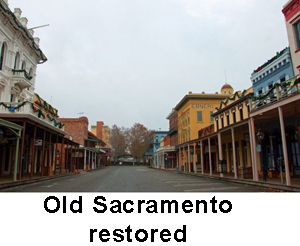 Old Sacramento is a charming, well preserved 1800’s town about 5 square blocks on the waterfront. It was amazing the wonderful job the community did preserving the entire 5 blocks. We walked the riverfront then the town. 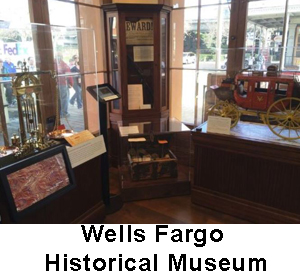 The Wells Fargo Bank museum was our first stop. It was free and small but chock full of interesting reads about the wild northwest, and Sacramento. Quite frankly it seemed tame for its time compared to old Los Angeles and San Diego! The bank had humble beginnings but branched out by its visionaries, i.e., Wells and Fargo as a one-stop shop for all the west’s banking needs. 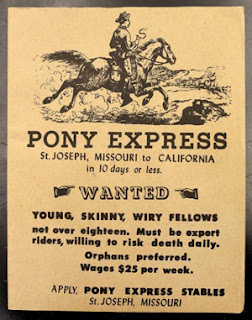 I was surprised that the Pony Express played such a large role in the history of the city. It only lasted 18 months. The route started in St. Joseph, Missouri, and ended in Sacramento. It was a hard job for anyone to ride10 hours stopping each hour to charge horses. I got a real kick out of the notice for riders. 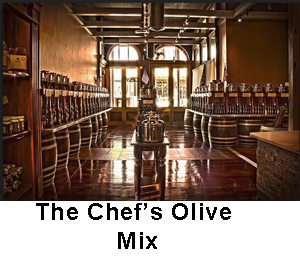 We stopped at a place called The Chef's Olive Mix and sampled the balsamic vinegar and oils. We loved the tangerine vinegar and the regular olive oil. We strolled the wooden boardwalk, read signs, plaques, storefronts and had a wonderful, relaxing time.  The weather was cold, drizzly and calm. When we finished we were cold and damp. 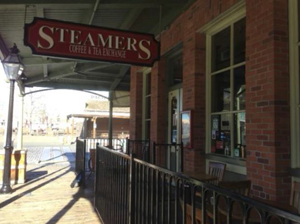 The Steamer Bakery & Cafe had a hot chocolate sign outdoors, we couldn't resist a hot cup to warm up. Sitting in the old 1800’s shop sipping our hot chocolate brought back memories of our Scandinavian trip last year, it was just as cold and wet. Then sitting in history hit us. Just think we may have been in an area, in the shop where some wild cowboy may have been. 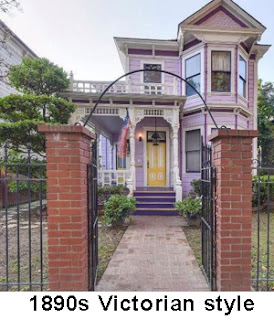 On the way back to our hotel, we take a short drive through some streets we hadn’t driven. The homes were amazingly preserved, just lovely places. 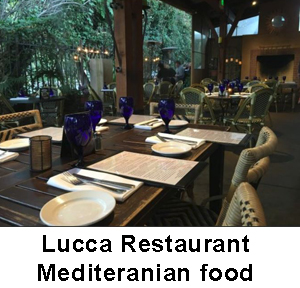 We left for dinner at The Lucca Mediterranean Restaurant. The food, atmosphere, music was wonderful.  We, of course, had to have dessert, a chocolate mousse with blood orange slices and sauce. To die for!! 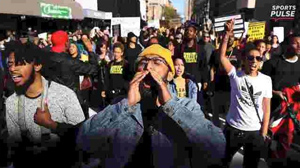 We walked home and saw a group of people moving in one direction. We thought it was odd and maybe a parade. While watching the evening news we were shocked to learn about the police shooting of Stephon Clark not far from our hotel.

Aha moment-Found some little-known information about the Pinkerton Agency in the 1950s. They were in our third book, DESERT ICE. Maybe we should bring them back?

Posted by Janet Lynn at 9:18 AM No comments: 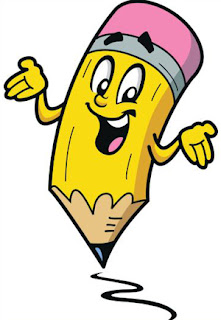 In search of a plot for our next book.

We spent seven days in Sacramento to research our next book, GAME TOWN,  for 2019 release. So we thought we would give you a peek into researching a new book.
On March 20, 2018,  we took off from the Long Beach Airport at 8:10am, the flight was a bit rocky from the bad weather over central CA. Landed in drizzly, wet Sacramento at 9:30am.
We were surprised that the city seemed to be nothing but one-way streets! The capital was our first stop but couldn’t find parking on the streets or parking lots. There was a special event going on and took up all the available parking. We gave up and decided to find our hotel, Quality Inn, Convention Center. It is a small, old/updated place a few blocks from the convention center.  It was 10:00, we couldn’t get in the room until 2:00 so decided to walk to the capital, about 5 blocks. It continued to drizzle, about 51 degrees, no breeze whatsoever. Actually, it was a very nice walk. 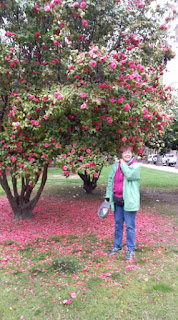 On the way, we walked through the Camellia tree garden in front of the capitol building. Because of the drizzle, the blossoms fell leaving a beautiful blanket of color under each tree. There must have been 100 camellia trees each with their colorful blankets. 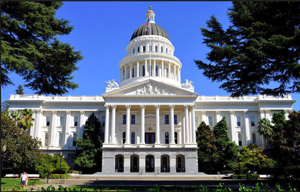 We took a guided tour of the capitol, really enjoyed the stories behind the history of the city and the building. We ate lunch at the cafeteria; they had hot split pea soup, perfect for the wet, cold day.
There was a real shoeshine man dressed in white shining several men’s shoes in an old fashion chair. 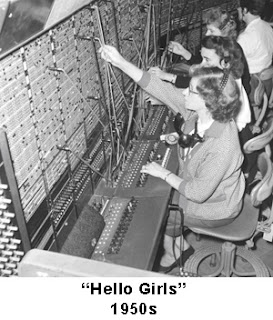 We also learned that when the Capital installed telephones, they had young men answering the phones and connecting the caller to various departments. They were a bit rude to everyone so they changed them to women. This was before the words “Telephone Operators”. They called them “Hello Girls.”
We walked back to our hotel still brisk outside, but a very nice walk.

AHA moment- We found several places to dump dead bodies, both in and outside the capitol. Also, had a nice talk with our guide after the tour, she told is about some very interesting ways in which the capitol operated during the 1950s, great ideas for some subplots.